I went into the City both Saturday and Sunday. 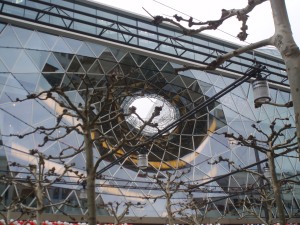 On Saturday I walked around with my Aunt and Cousin. First stop after the subway ride was a giant mall. This is what it looked like from the outside. (very cool) 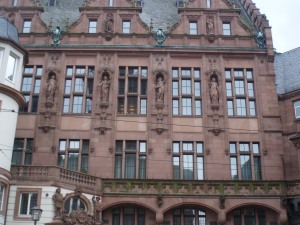 After a good German lunch (wurst) we walked to the old part of the city. “Old” being in quotes because the whole area was destroyed in the war. So they rebuilt it in the same style, but a majority of the city was redone. Only a little area remains. This is the Rathskeller. 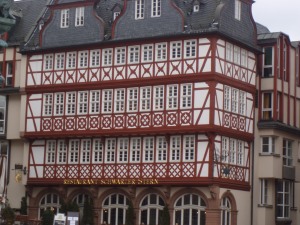 This is my favorite building in the square.

The next day, I went to the Natural History Museum with my Aunt. 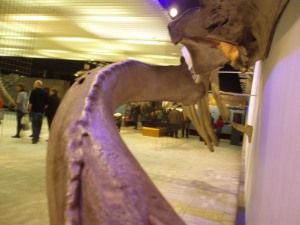 There were a few dinosaurs in the first room, but I thought this giant whale skeleton was the best. We could actually stand inside of it. (sort of)